Leadership lessons from a dying Raccoon

Leadership lessons from a dying Raccoon 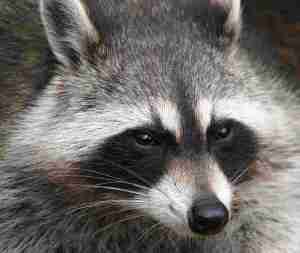 We had three very cute  baby Raccoons in our yard last Thursday night.  They were fearless, lost, adorable and wondering around lost without a mother.  Kind of like employees without a good leader…but more on that later.

We went out and watched them as the toddled around the yard and gardens.  They were obviously hungry.  The smallest one could not keep up with its siblings and kept cooing out to them (that’s the only way I could describe it, like a mix between a cat’s “meow” and and owl’s “who”).  The siblings would circle back and rub noses with the smallest one.  They would try to get it to climb the rock wall to the garden or move under the table.  The smallest Raccoon would waddle slowly after them and try to keep up.

But the siblings were hungry and cold themselves and soon enough – they left the smallest one by itself.

The next morning, the smallest one was almost dead by the side of the garage.

We brought it inside, warmed it up and called the local authorities who came and picked it up.

It was rather sad as the Raccoon will probably not survive because it lost its mother and her guidance and protection.

This whole episode got me to thinking about the need for guidance.

How many times have you seen this.  You have an eager team of employees who are set to a task and then left to their own devices to achieve it.   Now many times, this is fine.  People rise up to the challenge and achieve some amazing results.  But other times….well, at other times it can metaphorically  leave employees huddled up and cold by the side of the garage.

Employees like to feel challenge and to learn, but they also don’t like to be thrown into the deep end of the pool without some support.

In many of the companies we work with, front line managers are expected to be this support.  However, we’ve seen too many times that these managers either have too many other elements on their plates, don’t have the necessary skills required to support their team, or don’t feel that this is required (the “hey, I was able to do that on my own, so should you” mentality).

And while teammates often want to help (like the Raccoons siblings), they too often don’t have the time or knowledge necessary.

In thinking about this, there are four key lessons that I’ve thought of:

1.  We need guidance mostly at the beginning – we feel most vulnerable when something is new or different.  This is the time when we need to most guidance from our leaders in moving things forward.  We often think of this when a new employee comes on, but it is also the case when an employee has a new challenge or project.

Leaders need to focus a major part of their effort on both the new employees and also identify when their employees are being tasked with something new.  This is the time when guidance and coaching is most required and most appreciated.

2.  Leaders need to teach us how to survive on our own – like the mother Raccoon.  The best boss I ever had was a genius at this.  The first time I had to go to him with a problem, I went in to his office expecting that he would take care of it.  Instead, he suggested a few things to think about and told me to come back with a few ideas on what I thought would be the best way to handle it.  We reviewed those ideas and he talked through the pluses and minuses, while giving me guidance on how he would approach the situation and the points that he would look at.

He taught me not just how to handle a particular problem, but how to think about them so that I could come up with the right solution.  I learned more from him in two years than from any other leader I’ve ever worked with.

3.  Leaders need to protect us while we are learning – this means being able to make mistakes without fear of reprisals.  Being able to experiment and know that someone is looking out for them is vital to employees to grow and learn.  This is the role that the mother Raccoon would play in keeping her babies safe while they played and explored.

4.  Leaders need to understand the personalities of their employees – this is true because some individuals will be more willing to ask for support while others are going to feel that is a sign of weakness and try to go it alone.  How a leader identifies and works with these differing types of individuals is key to being a great teacher.

Great leadership is being able to adjust to the needs of the individual team members while still driving the same performance.