For the past two years, in addition to my regular day job, I’ve been researching what it takes for people to make meaningful and purposeful change.

It has been fascinating.

I’ve talked with a number of people about their change journeys.  I’ve read countless books and journal articles on change.  I’ve been introduced to a number of new insights from neuroscience, motivational theory, behavioral economics and habit formation that, when brought together, can have a huge impact on how people can effectively change.   I have identified what I think are six major components that help drive successful change.

I’ve lived this, breathed it, and dreamed it…

I’ve not been able to keep my own change habits going.

At the beginning of the year I had set out to write five pages a week on change (not quite a New Years resolution, but very close).  I thought that would be a manageable goal and one that would allow me have enough material for a book on change by the end of the year.

Five pages a week isn’t even a page a day – how hard could that be?

Well it was hard.  Very hard.

I would sit down at the computer and just stare at the screen.  I’d write a little and then delete most of it.

I would set a time to write and put it on my calendar – and then not follow through on it.

I would make up any excuse possible for not doing it and rationalize why that was alright.

And after a while, I just forgot.  I would go days or weeks without even thinking about it.

It was only when I sat down to review my goals did it hit me, “I’m not following through on my goal.” 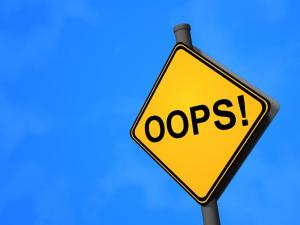 Here are some of my initial thoughts on why I failed:

In looking at this, I failed on four of the six steps that I’ve outlined as being part of the change process.  Let’s look at these four components in more detail.

I did not have an emotional connection to writing.  I did not feel emotional discomfort by forgoing the act of writing and thus, did not have a sense of urgency about it.  There was no inner conflict over who I was and me not writing that couldn’t be easily dismissed or rationalized away (i.e., “I’m too busy right now.”  “I’m not inspired.” “I’ll work on it later.”).  Michael Jordan credits much of his intense drive back to when he was not selected to the varsity basketball team his Sophomore year in high school.  That sting of rejection made him redouble his efforts and work (sometimes skipping class to practice) at proving he was worthy of playing on the varsity squad.

One of the people I interviewed, James Brewer, was driven to lose weight because he came home to a crying daughter who had been called fat in school.

Another interviewee, Matt Decuir, saw one of his buddy’s quit his job and start his own business and have what he thought was a sense of freedom and purpose – which made Matt realize that was his dream as well.

My writing has not had that emotional trigger.  I don’t need to write a book to be successful at work or with my family or as part of the community or world.  Writing a book on change, is something that I think would be great to do and be beneficial to myself and others, yet it doesn’t define who I am.  I have not defined myself by this…yet.

I remember when I was working on my dissertation and I had many of the same issues with writing (e.g., it wasn’t a priority; I made excuses as to why I didn’t write; I did it infrequently).    It wasn’t until finishing my PhD became a symbol for what type of person I was that I really started writing consistently.  That sense of purpose or drive occurred because I realized how much my wife and kids had given up for my dream – both in time not spent with them and in the amount of money spent on my school.  If I didn’t finish, I would let them down. What would my wife and kids think about somebody who gave up?  Was that the type of person I was?  When that realization struck, I needed to complete that dissertation to be the person I wanted to be.

I had intended to write for 90-minutes every morning but Wednesday and Sunday (Wednesday my Rotary Club meets at 7:15 AM and I wanted Sunday off to sleep in).  I had created a reoccurring meeting on my outlook calendar and blocked off the time.

The problem wasn’t my planning but my follow-thru.

I started out ok – for the first couple days.  Then I missed a few (I can’t remember why) and then I just kept finding reasons or excuses not to do it.   Pretty soon I didn’t even think about it.

Habits are the basis for purposeful change.  When we think about how we change personally (whether that be losing weight, becoming more fit, or writing a book) it almost always boils down to the habits we have.  My research showed that building new positive habits was seen as the most important aspect of achieving change.  Over 63% of respondents in our survey said that this was an important part of their reaching their goal.

Some of those habits are positive and drive us towards our goals.  Others are negative and keep us from our goals.  We need to ensure that we maximize our positive habits and minimize our negative ones.

I started by having an idea that I would write my book longhand in a special leather notebook that I had bought.  I got this idea from a friend of mine who wrote a book by writing one page every morning on a yellow pad of paper as he parked his car for work (another example of a great habit).  Not only did Shaun have an unique location (his car) but he had his special yellow note pad that he used.

It wasn’t as easy for me.

I realized that for this book, I needed to have resources close by – the internet, articles that I’ve stored, notes from my interviews, survey results.  These were all on my computer and writing in my leather notebook made it harder for me to access these.  So I would write sitting at my desk – just like when I’m at work.  Of course my writing became interrupted by e-mails, distracted by the spreadsheets or reports that were on my desk, or just not invigorated by my setting.

All of my research points to how important social support is to achieving your goals.  Over 92% of the people surveyed responded that they used a social support system of friends, co-workers or family to help make their change happen.  We need people to cheer us on and give emotional support, to hold us accountable, and to help give us a different perspective on things.

While I had told some people that I wanted to write a book on change, I had not asked them to help me on this.  I did not have anyone who I met with regularly to check in with me and hold me accountable to my own milestones.

For me, having that other person who I need to report in to is important.  Going back to my dissertation I had a few people that held me accountable (my wife, an old mentor, friends).   They helped me weather through the difficult times and kept me focused on achieving my goal – no matter what.

I needed to have someone (or someones) who I would share my work with and have them provide me feedback and comment.  I needed to be held accountable.

Here is the experiment.  I am going to make a few changes and over the next week put some new elements in place.

Any thoughts, tips or suggestions on how to do this would be welcome!

But here is my first step – I will commit to writing another blog next week (by Friday) to let everyone know where I stand on these elements.   Its a baby step – but one that I can commit to.

Let me know if you have experienced any of these roadblocks – we can commiserate together or maybe be our own support group.

How the internet took me to Malaysia

Change is Hard – So What Did I Do About It?