Part One: What Motivates an Olympic Athlete?

Part One: What Motivates an Olympic Athlete? 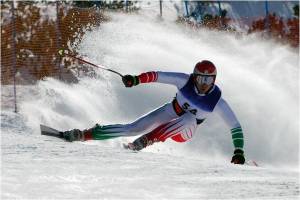 You may have caught a glimpse of the Winter Olympic Games on television this week as Vancouver hosts the world’s best athletes. The Olympics are an amazing competition full of tradition, athleticism, teamwork, determination, and perseverance. The athletes are interviewed, marketed, and packaged for the viewers like a good action movie complete with personal tragedies, heroes, villains, and great nail biting endings.

What impresses me the most is the human spirit and how the athletes handle the pressure and the honor of being an Olympian.

Where does the motivation come from…

It is a courageous act to be an Olympic athlete and compete against the world’s best. As I watch the Winter Olympic Games I am in awe of the dedication and passion the athletes demonstrate to the world. It is a gift to catch a glimpse of a dream realized through a competitive sport born out of an idea to be the best in the world.

If you know someone that might benefit from this article pay it forward and pass it along.

The Drive to Define and Defend: A Smile can Crack the Armor