Layoffs and Employee Motivation & Observations From the Outside

Layoffs and employee motivation – observations from the outside 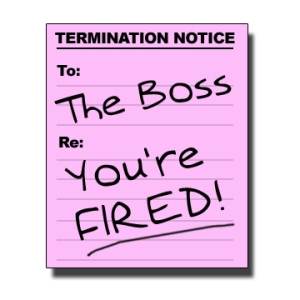 ife’s company has just gone through a layoff of 125 people.   This layoff was announced a few weeks ago and came as a surprise for most people (mostly the employees working there).  Of course I had concern for my wife’s job and those of her co-workers…but I also had a curiosity of seeing firsthand from a very close proximity the effects that the layoff had on motivation. This is a qualitative look from my perspective and as such, should be taken with a grain of salt – but still, I think there are some useful nuggets here.

Here are a few observations that I saw:

1.  Layoffs suck motivation out of people

From talking to people and listening to my wife, the overarching fact was that this layoff sucked the motivation out of almost all the employees.  They were nervous.  They were mad.  They were making contingency plans.  They were talking one-on-one or in small groups about what was going on.  They were frightened.

What they weren’t doing was being motivated and productive.

Any company that thinks its employees are going to be motivated because they are afraid of losing their jobs, needs to rethink that assumption.  From what I saw, it acted in exactly the opposite way.  There was a sense of apathy and one of giving up once the upcoming layoff was announced.  People started updating their resume’s, they added people to their Linked-in network (I got quite a few of these from my wife’s co-workers), and they called their friends and acquaintances (either to prospect for jobs or to have a sympathetic ear to vent to).

My wife said to me one day during this, “I feel like I’ve been at a funeral for a week.”

From the time of the announcement of the layoffs to the final layoff occurring took a total of 10 days.  During that time, there was a great deal of confusion, fear and anxiety.  The communication coming from the company was limited and often led to more chatter at the “water cooler” than it prevented.  I would be hard pressed to say that the communication put forth by the company helped much in alleviating any of the discomfort and anxiety that the employees were going through.  I know that the company was limited to a degree by certain laws about what they could or could not say, however, that is not an excuse for having people be confused about the reasons for the layoff and how they would happen.  I think that any company that is going through or thinking about a layoff needs to think very hard about their employee communications.  Specifically, they need to let employees know:

It is important to communicate about resources people can go to regarding dealing with the stress of the layoff, but that should be just a part of the communication campaign.

Also key to this is to make sure that whatever is communicated is followed through.  If you communicate that layoffs are not going to start until next week, don’t layoff directors this week (even if it is only a handful).  The damage that does to trust, motivation and stress is significant.

3. The unknowns are the worst

Most of the anxiety, anger and stress that I observed were caused not by what was known, but by the unknown.  This plays into much of what I discussed in the communication section – but the entire process would have been better if there would have been more transparency in the process.   The biggest unknown that faces an employee is will they have a job or not – but that isn’t the only one.  Unknowns also include: what are the layoff criteria?  How will the different departments be impacted?  What do I do about my on-going projects if people on them might not be here in two weeks?  What is going to happen after the layoffs are done?  How will we cover the increased workload?  What will happen to the people let go?

The big challenge now comes after the fact.  What will the company do now that the layoffs have occurred and the survivors are left.  From the few people I’ve talked to (including my wife) there is a feeling of “survivor’s guilt” going around (e.g., “why was she let go instead of me – she has 3 kids and is going through a divorce?”).  There is also sense of “is this the end?”  Will there be more layoffs in the future? What is going to happen next?  How will my job be effected?

This is the moment that the company needs to shine.  They have put in place listening sessions with senior leadership (kind of a venting process as much as an information transfer) – this is a good start.  There is need for more.  They need to communicate their plan for growth to ensure that this will not happen again.  Employees need to feel like they are not just numbers in a big machine that are expendable at any moment, but instead feel like they are a vital component to the success of the company.  They need to be heard and appreciated.  A new energy needs to be instilled – one that drives motivation up and not down.

There is an opportunity over the next month or so for the company to do this.  If it doesn’t happen, I fear that it will be a long climb back to the level of engagement and motivation that was there prior to the announced layoffs.

Have you gone through a layoff?  Let us know what you feel about how it impacted motivation – good, bad or ugly.

Today I Am Grateful For: 9 minutes in the car

How do you motivate the mundane