The end of the game 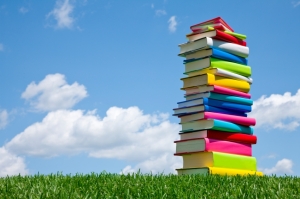 So Amazon is leaving the incentive market which they just entered three years ago.  From all reports it isn’t because the venture isn’t profitable, but instead it is about ensuring that their brand and their customer service reputation are not sullied.  Paul Hebert in his blog wrote, “the decision was made to drop fulfillment through incentive programs due to customer service issues.  Specifically, the recipient, if they had problems with their order, would call Amazon for resolution but Amazon would have to refer them back to the incentive company – who in turn would do the due diligence to fix the problem.  From Amazon’s point of view this created a negative impression of their customer service.” In a nutshell, they are taking a hit on millions of $ to make sure there is no negative impact on the billions of $ that they do in their non-incentive business.  In my mind, that is a pretty smart move (one that you wouldn’t see a lot of businesses making).  Now I’m sure there are other factors (i.e., tax issues, not controlling the customer relationship, etc…).  Nothing is ever quite as black and white as it seems.

In the short time that Amazon was in the market, they shook it up.  They offered a new way of fulfilling incentive program offerings.  With their great number of items, their back end processing and handling, drop ship expertise, and their low price points, Amazon was able to provide even the smallest incentive companies with a very sophisticated e-catalog of incentive goods.  No longer did an incentive house need to have the large capital expense of a warehouse and stocking products.  Amazon was able to provide the back-end seamlessly for a price that couldn’t be beat.

I was part of a large pitch (as a partner with a traditional incentive house)  last fall to a company that loved what we did, trusted our customer service, thought that our creative approach was the best and liked the way we brought behavioral science into the process (i.e., The Lantern Group) – but, ended up going with a different company because they could offer more merchandise at a lower cost point.  How did that other company do it – they used Amazon as their fulfillment partner.  At that point, I thought I saw the writing on the wall – that the days of making large margins on merchandise were all but over.  How could the traditional companies compete, when smaller, more nimble and aggressive firms could come in and under-price while having a larger item selection and great fulfillment services.  In the debrief with the company about why we lost the business, the purchasing agent said, “…this is the wave of the future, all [incentive] companies should be doing this.”   It was going to be a new world – and I was excited!

For years the pricing model used by incentive companies has been margin based.  While there is nothing wrong with this conceptually, it does create an interesting dynamic.  Merchandise is the cash cow for these companies.  Without this, many of the companies will fail.  There is an underlying need to get people “into the warehouse.”  When I started my career (many eons ago) I was naive enough to think that when I was hired on at one of these incentive companies that I was going to work for a consulting firm that was trying to find the best way to motivate and engage employees.  What I found out was they were all for that – as long as the way to do motivate and engage led through the warehouse (I’m exaggerating a little here for emphasis, but there was an underlying culture of this).

While that culture has shifted slightly over the years, it is still present in the industry.   If Amazon was going to be able to undercut prices because of their buying power – then incentive companies were going to be forced to change their model.  This would mean finding other ways to make money – which would lead them to finding other ways to increase motivation.  The benefit would have been that these companies would have created a larger toolbox with more tools and thus not fall to the old idiom “when you only have a hammer, every problem looks like a nail.”   This would mean better solutions to motivation problems.

While Amazon might be leaving, they showed that there was a desire in the marketplace for something like this.  I don’t think there is another company right now that could fill that role, but that doesn’t mean in the future there couldn’t be.  So, with that in mind, it is important to think about the next game.  What will this mean for the traditional incentive houses, for the mid or small sized performance improvement firms?  Will someone take that bold step to change the game and bring in a different set of plays and players or will they exhale a deep breathe, thankful the other team forfeited, and go back to their old ways of playing?  Right now, we’ll just have to wait and see…

Please share your thoughts and rants on this…would love to get a nice dialogue going.

If you know someone that might benefit from this article pay it forward and pass it along.