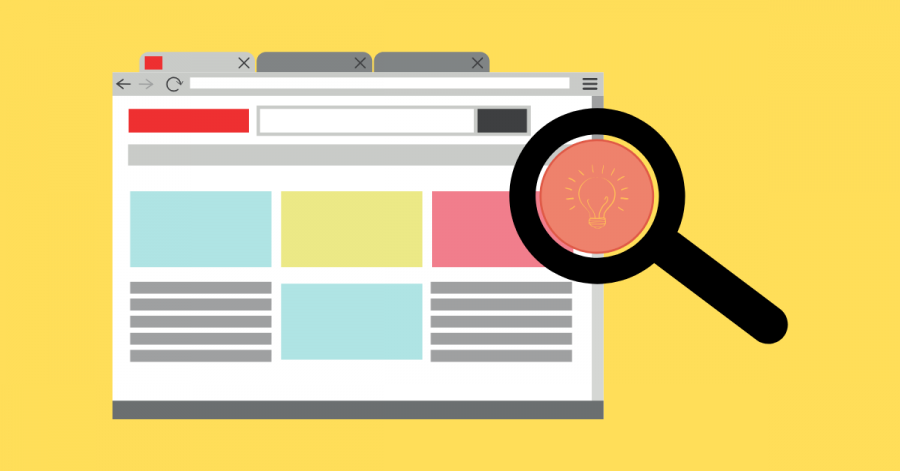 By reading this blog post, you’ll find valuable information that will benefit you.

If you don’t read this blog post you’re missing out on valuable information that would benefit you.

Two sentences, both saying essentially the same thing. So, what makes them different?

The way that they are framed. The first sentence is framed as a gain – by reading this blog you are gaining something that will benefit you. The second sentence is framed as a loss – by not reading this blog you will lose out on something that will benefit you. Each format has its own approach to driving action from the audience.

While the differences may seem negligible, just a mere stylistic difference in composition; from a behavioral perspective, these two statements can have vastly different impacts on engagement, action, and motivation.

So, what is framing?

In short – Framing explores the idea that how things are presented can affect the way they are perceived. 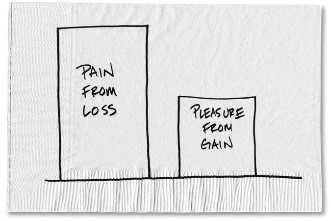 This idea of framing concepts as a loss is compounded by another behavioral principle called Loss Aversion. Loss Aversion is the idea that for most people, the “pain” of a loss is greater than the “pleasure” of an equivalent gain.

In other words, people tend to be more motivated to avoid losing $100 than they are to win $100.

Let’s look at an example:

One study that was done trying to see which message would get students to register early for a conference they were going to attend.   The study had two reminder communication treatments.  One was framed positive, where students were reminded that they receive a discount for early registration.  The other, was framed negatively, were they were reminded that they would have a penalty for late registration.  The amount of the penalty and discount were the same ($145 early and $195 late).

The results highlighted the increased effectiveness of the negative messaging:  93% of PhD students registered early when a penalty fee for late registration was emphasized, with only 67% doing so when this was presented as a discount for earlier registration.

Interestingly, this framing difference did impact the faculty who registered for the conference.3

This isn’t to say that all things should be framed negatively. In many instances, a focus on the positive side can drive a higher participation rate. In his New York Times Bestselling book “Thinking Fast and Slow” Daniel Kahneman using the example from the studies he did with Amos Tversy around medical mortality rates.

Participations were asked whether they would opt for surgery given to different scenarios:

In the scenario – even though the two statements mean the same thing, the positive framing around survival was more effective. 4

So what does this mean?

“Choices between gambles and sure things are resolved differently depending on whether the outcomes are good or bad”.4 If we have a certain positive outcome, we tend to choose the sure-positive thing over the riskier gamble, even if the gamble is more lucrative (remember we don’t like losing things and it’s a sure gain!).  However, is there is a choice between a sure loss and gamble, we are more likely to take the gamble of a reduced loss, even if there is a significant chance of losing more.

For example, another study by Kaheneman and Tversky known as the “Asian Disease Problem” went as follows. Two groups of participants were presented with a scenario, each framed differently.

The first group of participants was presented with a choice between 2 programs:

72 percent of participants preferred program A (the remainder, 28%, opting for program B).

The second group of participants was presented with the choice between the following: In a group of 600 people,

In this decision frame, 78% preferred program D, with the remaining 22% opting for program C.

Both examples are mathematically the same thing, however, in the first example more people chose option A because the positive outcome is framed as certain and in the second it is framed as a gamble.4

So how do you know when to use one over the other? This again becomes compounded with a secondary behavioral principle: the certainty effect. The certainty effect essentially means that when there is a certain gain we lean towards it, however, if the same gain is framed in a way that makes it a gamble we tend to take the risk of loss.

Going back to our original framing question on this blog – which messaging would be more effective?  Would you use the positive statement:

Or the negative statement:

To determine this, we need to examine how people view the blog – is there a sure gain from reading it or is there a probable cost.  While we would like to say that most people would think that there is a sure gain because they have all read our previous blogs and realized how much they have learned from them, that is probably not the case.  In fact most people, particularly people who have no experience with our blog, would probably feel that there is a probable cost (i.e., time and effort it takes to read this blog). Given that, the negative statement would probably be more effective.

A simple way to begin integrating framing into your programs is to ask yourself:

This is a straightforward way to identify the motivators that lie within the program itself. Once you have them identified look at the certainty involved with the gain or loss and use that to decide how you should frame it. Don’t miss out on the benefits of framing! We would also highly recommend reading “Thinking Fast and Slow” to fully understand the benefits and implementation.

Questions or comments? Use the form below or email them to behavior@lanterngroup.com

5 Tips to HR on Effective Communication